The Mistletoe Murder and Other Stories is a collection of four Christmas-themed stories by P.D. James.  I have reviewed each of the four stories in turn… 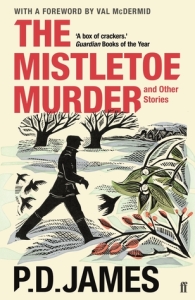 P. D. James was frequently commissioned by newspapers and magazines to write a short story for Christmas, and four of the best have been drawn from the archives and published here together for the first time. From the title story about a strained country-house Christmas party, to another about an illicit affair that ends in murder, plus two cases for detective Adam Dalgliesh, these are masterfully atmospheric stories by the acknowledged ‘Queen of Crime’.

Expertly written, engaging and atmospheric, this collection of four short stories are a wonderful addition to a wintry reading list! Highly recommended! 4.5 / 5

A note on the cover: I loved the cover. My copy was paperback, printed on very thick cardstock. Rather wonderfully the cover was double-sided with lino print-style artwork.

When an RAF pilot is shot down and killed early in WWII, his widow is invited to her estranged grandmother’s for Christmas. Looking for peace and healing, she accepts, but it is not quite the holiday she hoped for.

Bereavement is like a serious illness.  One dies or one survives, and the medicine is time, not a change of scene.

(From The Mistletoe Murder by P.D. James)

Expertly written.  All the information needed to solve the crime was there from the beginning, yet it is not until the very end when you realise its worth. Clever and atmospheric, you could feel the tension in that country house that wartime Christmas.  Only once I finished the story did I realise how evilly the main character had been used by her own family, using her grief to their advantage. But equally, there’s no getting away from the fact the victim was the worst sort of person, and there is little sympathy to be found for such a man.

Ernest Gabriel takes atrip down memory lane, quite literally, by visiting his former place of work and recalls a local-interest crime story that unfolded before his very eyes…

He was surprised and a little disappointed by the court. He had expected a more imposing, more dramatic setting for justice than this modern, clean-smelling, business-like room.

(From A Very Commonplace Murder by P.D.James)

Another cleverly written story, which on the face of it looks surprisingly bland, yet the mystery is actually terribly sinister. We are presented with a very interesting and remarkably accurate look into human reasoning and thought.  “I will do this because I am a good person…but…” Cue the reasons why doing the right thing is not a good idea or can negatively impact the person trying to be good.  Sigh.  But a great read!

It was only surprising that the Canon had managed to live to seventy-one in a carnivorous world in which gentleness, humility and unworldliness are hardly conducive to survival, let alone success.

(From The Boxdale Inheritance by P.D. James)

I’ve neither read one of P.D. James’s Adam Dalgliesh novels nor seen any of the TV adaptations, but I quite enjoyed this story and the next one. In The Boxdale Inheritance we are introduced to quite an eccentric cast of characters, and an interesting, engaging story. I guessed the culprit but it was an entertaining read to see if I was right.

The Twelve Clues of Christmas

Adam Dalgliesh is on his way to his Aunt’s Suffolk coast home for Christmas, when, a few miles from his destination, a stranger steps out in front of his car.  He needs the police…his uncle has committed suicide.

They took it remarkably calmly. Anyone would think people in this county kill themselves routinely at Christmas.

(From The Twelve Clues of Christmas by P.D. James)

This story felt a little but more of a lighter read than the others as Dalgliesh tried to make the crime appear a little more seasonal, fitting the case into “The Twelve Clues of Christmas”.  And it was this that I felt was the real star of the story, perhaps even more so than the crime and its solution.  An enjoyable read, and the humorous tone was certainly appreciated by this reader!

3 thoughts on “Book Review: The Mistletoe Murder and Other Stories by P.D. James” 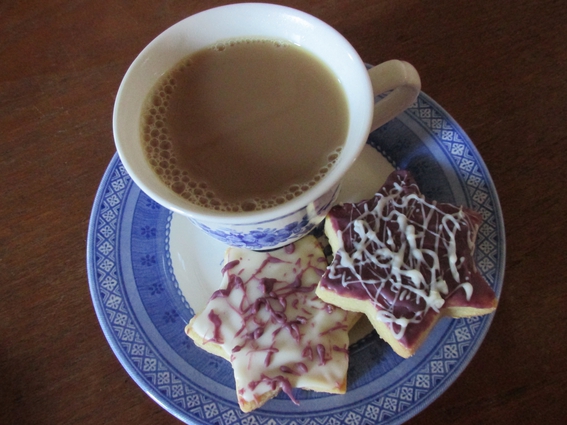